David Rowan explains compellingly how emerging technologies will impact business — and how leaders should prepare now. As founding Editor-in-Chief of WIRED magazine’s UK edition, David came to know the founders of WhatsApp, LinkedIn, Google, Didi, Spotify, Xiaomi, Nest, Twitter and countless other ambitious startups from Tel Aviv to Shenzhen. He has since invested in more than 80 early-stage tech companies, including three that became billion-dollar “unicorns”, and has built a health-tech and climate-tech fund; and he’s an adviser to Lakestar, one of Europe’s largest venture-capital funds. His best-selling book “Non-Bullshit Innovation: Radical Ideas from the World’s Smartest Minds” (Penguin, 2019) has been translated to Japanese, Korean, Russian and Ukrainian. The book, a 20-country quest for bold corporate innovation in the face of technology-led disruption, sets out 17 proven strategies for future-proofing a successful business — from “Turn products into services” to “Empower your team” and “Become a platform”. David has been a technology columnist for The Times, GQ, Condé Nast Traveller and The Sunday Times, and founded the VOYAGERS.io not-for-profit community of 400 innovators working to solve health and climate problems. He has received repeat requests to keynote for clients such as Goldman Sachs, JP Morgan, Google, KPMG, McKinsey, Chanel and Unilever, and has moderated events for the World Economic Forum and the UK and French governments. And he is still searching for the future.

I wanted to thank you for your time to moderate the G8 Innovation Conference on 14 June. You set the tone for the day perfectly, engaging the audience and steering the presenters through a very full agenda. The feedback from the day has been overwhelmingly positive, which is largely due to your dynamism, good humor and professionalism. The team here and I are extremely grateful for the part you played in making the day a success and helping to put innovation on the G8 agenda.

Thank you for joining us and sharing your insights at the Urban Land Institute dinner. We received a lot of positive feedback. Indeed, your name was dropped many times during the conference the next day. Your visions into the future provoked much discussion and provided an excellent start to the event.

Thank you for a brilliant performance. Feedback from the Unilever client was exceptionally positive. After three full days at the event when asked the question about the highlight of the event a large number of them cited your presentation. That's pretty impressive. 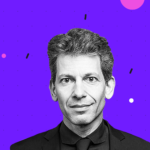 The business world is obsessed with buzzwords. While often annoying, if you’re involved in a particular community, they can help build a common vernacular and act as a shortcut when talking about wider industry ... Read more 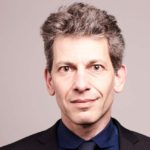 In the 1980s Naspers, the owner of a South African newspaper devoted to the cause of Afrikaner nationalism, hired an entrepreneurial chief executive. The company was persuaded by Koos Bekker, a brash young man with ... Read more

Technology is creating the most exciting innovations the world has ever seen. It is also causing anxiety about our future. Vivek Wadhwa has become a globally respected voice on advancing technologies and innovation.