Jack Uldrich is a well-recognized global futurist, speaker, and the author of thirteen books, including a number of award-winning best sellers. He is a frequent speaker on technology, change management and leadership and has addressed hundreds of corporations, associations and not-for-profit organizations on five continents. He regularly makes television appearances on PBS’s Frontline, the Science Channel, and the Discovery Channel, and is a frequent guest on major media outlets, including CNN, CNBC, Fox and National Public Radio.

Jack is also an ongoing contributor on emerging technologies and future trends for a number of publications, including The Wall Street Journal, Forbes, Wired Magazine and Inc.

Jack is a former naval intelligence officer and Defense Department official. He served as the director of the Minnesota Office of Strategic and Long-Range Planning under Minnesota Governor Jesse Ventura. His most recent book is Business as Unusual: A Futurist’s Unorthodox, Unconventional, and Uncomfortable Guide to Doing Business and his forthcoming book is The Rise of Generation RE.

Business As Unusual: A Futurist's Unorthodox, Unconventional, and Uncomfortable Guide to Doing Business

Jack was great! People loved him and found it very interesting and informative. One quote from an evaluation: “He literally blew my mind."

I have been doing professional development for 25 years and Jack is absolutely one of the top speakers I have observed. He uses humor, facts and creativity to get his message across. This was two years ago and many of our people still reference his talk.

Judging from the number of people that lingered to ask a question and the general “post-meeting buzz”, it’s clear that your presentation had people thinking. In all honesty, this is one of the best programs that we’ve had in a long time and we’ve had plenty of excellent ones. Thank you for an entertaining and thought-provoking program. 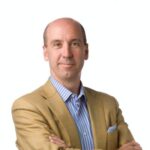 How Businesses Can Prepare For The Upcoming Legal Rights Of Nature 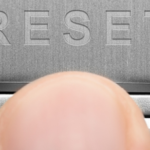 Resetting the Rules: Q&A with Best-Selling Author Jack Uldrich on Life in a Changed World ​

Daniel Kraft is a Stanford and Harvard trained physician-scientist, inventor, entrepreneur, and innovator. With over 25 years of experience in clinical practice, biomedical research and healthcare innovation, Daniel Kraft explores the impact and potential of rapidly developing technologies as applied to health and medicine.