Jonny Sun (sometimes stylized as “jomny sun”) is the author and illustrator of everyone’s a aliebn when ur a aliebn too (HarperPerennial, 2017) and the New York Times best-selling illustrator of Gmorning, Gnight! by Lin-Manuel Miranda (Penguin Random House, 2018). He is currently a writer for the Netflix Original Series BoJack Horseman, and is writing a movie for 20th Century Fox.

Tweeting as @jonnysun, he was named one of TIME Magazine’s 25 Most Influential People on the Internet of 2017. As a doctoral candidate at MIT and a creative researcher at the Harvard metaLAB, he studies social media, virtual place, and online community. He is the creator of @tinycarebot and the co-creator of the MIT Humor Series. He previously studied as an architect (M.Arch., Yale) and engineer (B.A.Sc., University of Toronto).

His latest art installation, The Laughing Room, was exhibited at MIT in 2018 and TED in 2019.

His comedic work has appeared in The New Yorker, TIME Magazine, BuzzFeed, Playboy, GQ, and McSweeney’s. He has been profiled on NPR and in the New York Times, was named to the Forbes 30 Under 30 Class of 2019, and is a 2019 TED Talks speaker.

Everyone's a Aliebn When Ur a Aliebn Too: A Book

Jomny Sun’s incredible writing knocks you to the floor, breathless, then scoops you up and gives you a kiss where it hurts before it occurs to you to cry. Read this book only if you want to feel more alive.

Jomny Sun has created a frightened, hopeful view of Life As We Know It from the perspective of a weirdly relatable alien intelligence. Fantastic.

Working with Jonny Sun is not only rewarding, but thoroughly enjoyable. He's like cup of sunshine bubbling over, making you feel warm as you learn new things. 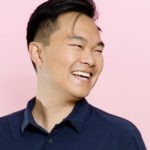 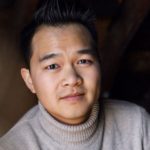 Jonny Sun has spent a lot of time online since the days of ICQ, MSN Messenger, and AIM. It was on those now-ancient platforms where Sun developed his voice and began to experiment with his sense of humor. Later, on ... Read more 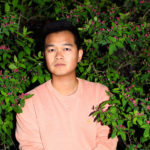 Jonny Sun’s alien Twitter persona, Jomny Sun, has a huge following within what he calls “Weird Twitter.” The bot’s deliberately misspelled tweets and lonesome temperament have drawn in ... Read more