Sally Hogshead believes the greatest value you can add is to become more of yourself. Sally created the Fascination Advantage®, the first personality assessment that measures how others perceive you. After researching over 600,000 people, her algorithm can pinpoint your most valuable differentiating traits. Unlike Myers-Briggs or StrengthsFinder, this test doesn’t measure how you see the world – but how the world sees you. Her recent book, HOW THE WORLD SEES YOU, was a #1 Wall Street Journal bestseller. The science of fascination is based on Sally’s decade of research with dozens of Fortune 500 teams, hundreds of small businesses, and over a thousand C-level executives. At the start of her career, Sally skyrocketed to the top of the advertising elite, writing commercials that fascinated millions of consumers. At the age of 24, she was the most award-winning copywriter in the U.S., and opened her first ad agency at age 27. Her work still hangs in the Smithsonian Museum of American History. She frequently appears in national media, including NBC’s “Today”show and the New York Times. Sally is one of only 200 professional speakers since 1977 to be inducted into the Speaker Hall of Fame, the industry’s highest award for professional excellence.

How the World Sees You: Discover Your Highest Value Through the Science of Fascination

Radical Careering: 100 Truths to Jumpstart Your Job, Your Career, and Your Life

Fascinate: Your 7 Triggers to Persuasion and Captivation

(Sally Hogshead and the Fascination Advantage Assessment) were a 10 on the cultural impact meter. We’ve brought in Sally two times; each time to a broader audience of our office principals and staff. Her message is THAT important.

The Fascination Advantage is remarkably accurate, and has immediate applicability in terms of providing an actionable roadmap for team interactions! There are so many personality assessments out there, and this is the first and only one to give clear road map of how others see you, to instantly know your blind spots, and work more effectively with others. I used this as an icebreaker at a recent all-hands meeting, and the energy was immediately moving around the room as everyone interacted on a whole new level.

By enabling us to identify each team member’s highest value during the hiring process, the Fascination Advantage Assessment™ has helped us to assign team members to the right role based on their personality. This approach has helped us boost sales by 50% and almost doubled our retention rate. 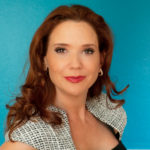 Author of 10 Ways to Stand Out from the Crowd

As the lead anchor for BBC World News America, Katty Kay brings a fresh perspective to the reporting of American politics and global affairs. Katty’s insights reflect a global mindset that is a natural offshoot of having grown up in the Middle East and worked as a journalist in Europe, Africa, and Asia.
Virtual Programs Now Available