LET US HELP YOU
FIND A VOICE.

Gotham is a creative, collaborative and committed mix of people with a shared passion for the power of storytelling and live events. Our eclectic backgrounds and experiences pull from all facets of the entertainment and events industry.

Gotham Artists brings together people that move the world to create ideas and opportunities that change the world. We connect audiences worldwide with the great scientific minds changing how we live, political and the business leaders shaping our world, the inspirational storytellers reminding us anything is possible.

Finding the perfect speaker or entertainment act can be challenging and time-consuming. Gotham Artists exists to streamline and simplify this process for you. We pride ourselves on our relationships with all of the major bureaus, agencies, musical entertainment, and independent speakers from around the world. Because of these relationships, the recommendations we provide are curated specifically for our clients with no other thought but of who is the best fit for you– regardless of their affiliation.

Don't just take our word for it

With more than 600 events every year including with Fortune 100 companies and the most prestigious universities in the country, we must be doing something right, at least according to these: 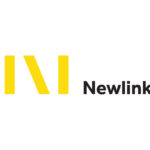 Gotham Artists superbly masters and manages all the aspects of talent management. They have a natural ability to grasp the key highlights of any product or action. They raise questions and seek information in order to obtain all the different angles needed for their job. They proved to have a deep understanding of the talent involvement at our event and they are excellent team players. 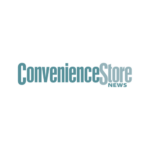 We've worked with Gotham Artists for several years to secure high-profile and exciting speakers. The team has a great way of grasping the unique needs of our events so that the programming stands out from all others in our market. Our audience evaluation scores are off-the-charts excellent.
Don Longo, Editorial Director, Convenience Store News 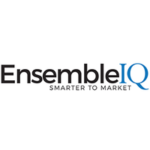 When you contract with Gotham Creative you not only get the undivided attention of Laurie Barnett, you also receive the benefit of an entire team that supports her! We have worked with Laurie for four years and rely on her expertise in helping us produce top quality events. We would highly recommend Gotham Creative for your next event!
Ensemble IQ 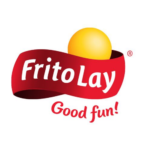 I truly enjoyed working with the team at Gotham Creative. Laurie (and her Team’s) attention to detail and methodical approach to the project ensured its success…and we had a lot of fun too! I recommend them without reservation to handle any job they are involved with…big or small. 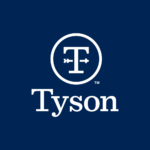 One of the best things the Gotham team does is listen – they actively seek to understand our objectives and the relationships we want to cultivate between the attendees and organizations. I’ve worked with the Gotham team on multiple occasions and appreciate the care and focus they bring in all aspects from early planning to final execution. 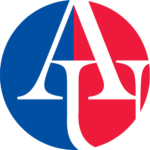 Thanks so much for attending the event. We definitely appreciate you and all of the work that Gotham did. You all have great ethic and service and it definitely did not go unnoticed. 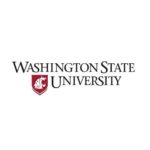 Thank you so much for making this event planning easy for me. I'm thankful for that because I really had no idea what I was doing. You always answered my questions so nicely. I had not so good experiences with other agents. I spent months looking for speakers and I'm happy I found Gotham Artists.

Thank you for all of your help getting this event to happen. I have been in this position for about 2 years planning events like this and working with you and Gotham has by far been the best experience booking an artist. Hopefully we can work together again.

You are a true partner in every sense of that word. Your expertise, masterful people skills and industry knowledge are second-to-none. Perhaps even more importantly, you are our champion and advocate, you understand the vision of RootsTech and truly operate from a win-win perspective.

Whether you're booking talent for the first time or you're a seasoned event planner, it's ALWAYS good to know the people who are working for you! Our team is a creative, collaborative and committed mix of people with a shared passion for the power of storytelling and live events. 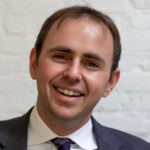 Alec was raised in Brooklyn, NY, long before it became cool (the 1980s). He is a graduate of Stuyvesant High School, the University of Maryland and New York Law School (and might also be an ordained minister via the internet). He is a member of the NY State Bar and is also a notary for some reason. He loves to ride his bike to work (and everywhere). He lives in Leonia, NJ with his wife, son and daughter. He'd like to add a dog to the mix but has been outvoted 3-1. 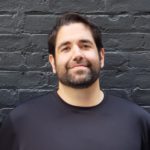 Daniel grew up in Rockville, Md. and earned his B.A. in Economics from New York University. His first experience in the entertainment industry was in the New York office of Endeavor Talent. After graduation he worked in the news production division at NBC before moving on to CNN's Politics Department. Daniel resides in Long Beach, NY with his 3 children and no dog. He likes to tell everyone that he surfs but they know the truth. Hanging out on the beach and playing music and lego (and wrestling of course!) with his kids are his favorite things to do. 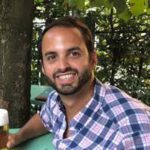 Born and raised in Bethesda, Maryland, Mike attended The Brewster Academy in Wolfeboro, New Hampshire before venturing to New York where he received a B.A. from Hofstra University. During college, Mike became intrigued with the entertainment industry and interned at the 9:30 Club in Washington D.C., MTV Networks, and Sony BMG. After graduating, Mike moved to New York City and began pursuing his passion. He has worked for The Agency Group, Central Entertainment Group, Scott Rudin Productions, and Paradigm Talent Agency. Mike's interests include music, film, sports, politics, and travel. He currently resides in Washington D.C. 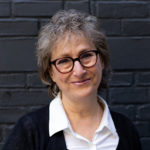 Laurie Barnett was born in NYC. She is a veteran talent agent, manager and event producer with deep roots in the performing arts and the food and restaurant business. She became a lecture agent with the Royce Carlton Agency in 2001, and in 2011 she created a unique collaborative talent division with Zero Point Zero Production, Inc. Laurie is a graduate of Sarah Lawrence College and resides in Harlem. 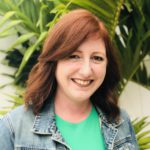 A native Floridian, Ivy grew up in Tampa before heading north to Wake Forest University. After graduating with a B.S. in Business, Ivy moved to Washington, DC where in 2001 she began her career in the lecture industry. Ivy returned to Tampa - happily trading her snow boots for flip flops (every.single.day). When she and her two kiddos aren't paddle boarding and having fun in the sun (with sunscreen of course!), she can usually be found running, reading, or trying to figure out the next pose in her fledgling yoga practice. 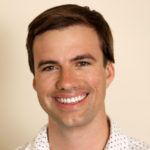 Ben was born at a very young age in Newport Beach, California. Heading east for college, he double-majored in English and Music at Tufts University while also discovering that wearing sandals in the snow is a bad idea. Days after graduation, Ben moved to Brooklyn to pursue his passion for music and fell backwards into a career booking keynote speakers and entertainers– the happiest accident of his life. 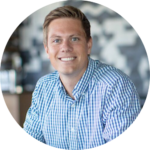 Jim grew up in sunny Virginia Beach, VA and graduated in 2008 from James Madison University with a degree in History and Philosophy. He moved to New York in 2010 to pursue a career in the entertainment industry, landing a job in the mailroom at WME in 2012 and subsequently joining the WME lectures division - where he first got to know the Gotham Artists team. Jim then moved to Innovative Artists where for two years he helped build out Innovative’s personal appearance division in New York. 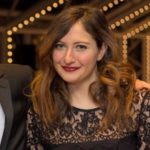 Samantha was born and raised in Westchester, New York (which is not upstate). She received her B.S. in Film and Television from Boston University and worked in script development, casting and production before joining Gotham in 2012. At Gotham she puts all of these skills to use to make sure client and talent needs are met, always going the extra proverbial (and sometimes actual) mile for them. She lives in a constant state of happy chaos with her husband, sons, and two Shiba Inu dogs. 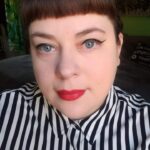 In West Philadelphia, born and raised, on the Playground is where she spent most of her days... OK, she is not actually the Fresh Prince, but Sam Van could be considered the Queen of Contracts. After 13 years of denying bands their bowl of green M&Ms working at a music festival in Milwaukee, she made the epic move to Brooklyn to become the New Yorker that had always been in her heart, and found her way to the Gotham Artists family in March of 2019. After work you can usually find her catching a film at a local theater, sipping a craft beer at a brewery or shooting pool at a dive bar 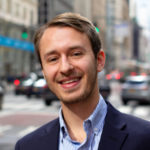 Max was born and raised in Long Island, New York. He received his B.S. in Music Industry Studies and Business Administration from Loyola University in New Orleans. While studying in New Orleans, Max was a professional musician and played all across the city of New Orleans. He brought his talents back to the city of Manhattan and gigs regularly with his band, Smilen. Max loves going to see live music whenever possible. 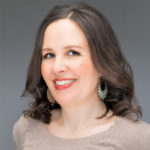 Kate is a Washington, DC transplant (Statehood Now!), originally from Seattle, and finally gets why they call her home state the "Other" Washington. While her addiction to black coffee and all things grunge (the music! the clothes!) are her birthright, it turns out she's an East Coast soul who was mistakenly born out West. An extreme extrovert who loves people and building relationships, she fittingly has a master's in counseling psychology from Arizona State University (and lived through nine summers in the Phoenix hellscape). Because she loves to read and write personal essays, she chose English lit for her bachelor's from University of Washington (Go Dawgs!). On weekends you can find her catching up on back issues of the New Yorker, going to rock shows, or taking long walks around the District with her husband while their cat Lucky waits patiently at home for their return to the couch. 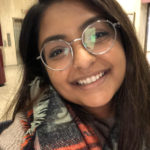 Born and raised in New Jersey, or what is better referred to as the armpit of America, Julie made the short move to New York to attend college at Fordham University. After graduating with a Bachelor's degree in psychology and music, she decided to continue her music studies at Juilliard in their evening division. When she's not at Gotham Artists attempting to be a jack of all trades, you can find her at local concerts, catching a movie, or reading in a park.