We are excited to share the top inspirational Native American speakers below who showcase their rich heritage and unique insights and perspectives through writing, advocacy, and speaking. If you’re hosting a Native American Heritage Month event, look no further than this list for the voices who are representing their culture by raising awareness for critical causes, spreading knowledge on the hottest topics, and empowering audiences around the world to overcome obstacles. 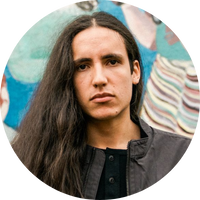 Xiuhtezcatl (Shoe-TEZ-caught) Martinez is an advocate, leader, activist and hip-hop artist. He has a unique talent for connecting people through popular culture and sharing the message of his indigenous roots. Drawing on his heritage and ancestry as an Aztec raised in the tradition of the Mexica, one of the native peoples of Mexico, X inspires and leads others to better serve the planet and reimagine the future for his generation.

Lyla’s dynamic, multi-genre presentation style has engaged audiences across the globe towards personal, collective and ecological healing. She blends studies in Human Ecology at Stanford, graduate work in Indigenous Pedagogy, and the traditional worldview she grew up with to inform her music, perspectives and solutions. Her current doctoral research focuses on Indigenous food systems revitalization. 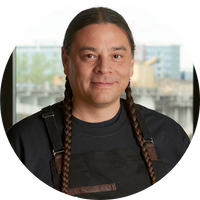 Sean Sherman Oglala Lakota conceived in Pine Ridge SD has been cooking over the US and World throughout the previous 30 years. His primary culinary spotlight has been on the renewal and attention to indigenous food frameworks in an advanced culinary setting.

Sean has concentrated all alone broadly to decide the establishments of these food frameworks which incorporate the information on Native American cultivating methods wild food utilization and gathering land stewardship salt and sugar making chasing and fishing food conservation Native American migrational chronicles natural cooking strategies and Native culture and history as a rule to increase a full comprehension of bringing back a feeling of Native American food to the present world. In 2014, he started a business named The Sioux Chef as a cook and food instructor to the Minneapolis/Saint Paul territory. 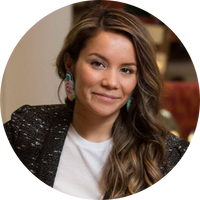 Gabrielle Scrimshaw Sagalov is an Indigenous professional with a passion for creating social impact. She has an MBA from Stanford and is a Gleitsman Fellow at the Center for Public Leadership at Harvard University.

Gabrielle is the founder of The Scrimshaw Group, a consultancy with a focus on diversity, inclusion, and Indigenous economic development. Based in San Francisco, Gabrielle is a sought after expert on Indigenous issues and inclusion by North America’s largest national media outlets and corporations.

A Native American activist, Harvard-educated economist and author, Winona LaDuke has devoted her life to advocating for indigenous people’s rights and environmental justice. 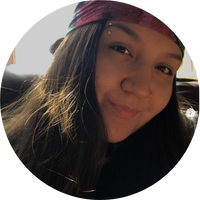 Nina Berglund is a 20-year-old indigenous youth leader, public speaker, and climate activist fighting on behalf of her people, the lands, and water. Born and raised in the Twin Cities, Nina has been organizing alongside other youth against Enbridge’s Line 3 proposed pipeline, currently being pushed to be built in Northern Minnesota, to prevent the destruction, exploitation, and violence that comes with it. 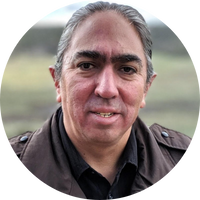 Mark Charles is co-author of Unsettling Truths: the ongoing, dehumanizing legacy of the Doctrine of Discovery (IVP 2019). He was also a 2020 Independent candidate for the office of President of the United States. His vision is to build a nation where ‘We the People’ truly means #AllThePeople. 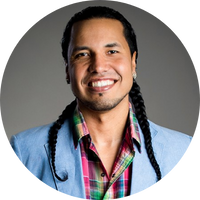 Gyasi Ross: Attorney, Author, and Spoken Word Artist from the Blackfeet Reservation and the Suquamish Reservation

Speaker Gyasi Ross (Blackfeet) is an essayist and writer, poet and speaker, lawyer and activist. Through a life of service, listening and living within Native communities, Gyasi profoundly understands the needs of his people and has dedicated his life to forging change within his communities. 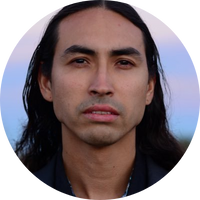 Tatanka Means is an award-winning actor, stand-up comedian and motivational speaker from Chinle, Arizona. He represents the Navajo, Oglala Lakota and Omaha Nations. 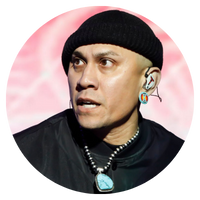 Taboo is an American rapper, actor, and singer best known as a member of the hip-hop group the Black Eyed Peas. Taboo is of Mexican-American and Native American (Shoshone) descent.