Ben Nemtin is the #1 New York Times bestselling author of What Do You Want To Do Before You Die, the star of the MTV show The Buried Life, and an internationally renowned keynote speaker. As the co-founder of The Buried Life movement, Ben’s message of radical possibility has been featured in major media including The Today Show, The Oprah Winfrey Show, CNN, FOX, ABC, CBS, NBC News, and more. Oprah Winfrey called Ben’s life work “truly inspiring.”

In a pit of depression, Ben and his three best friends decided to create the world’s greatest bucket list to make them feel alive. They bought a rickety old bus and criss-crossed North America, achieving the unthinkable. And most importantly, every time they accomplished a dream, they helped a complete stranger cross something off their bucket list. From playing basketball with President Obama to streaking a soccer field, from raising over $400,000 for charity to placing a record-breaking $250,000 bet on roulette—Ben’s bucket list quest has inspired millions to chase their dreams. Ben is a producer, writer and keynote speaker. 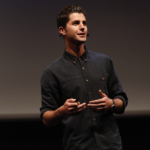 The coveted “Global Gurus Top 30” has come around again with an impressive lineup of amazing motivational speakers. This list features an array of globally respected speakers that not only get their ... Read more 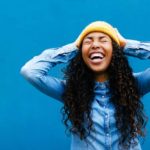 The Science of Happiness

Research reveals the steps you can take toward greater well-being, health, and productivity at work. Gotham Artists works with speakers that can educate your audience with data-driven, science-backed knowledge, and ... Read more

Mel Robbins has spent the past decade coaching, elevating, and motivating millions of people around the world. Her practical, no-nonsense advice, and life strategies provide tangible results and skills to push through the everyday challenges we all face.
Virtual Programs Now Available

Jason Tartick is a former suitor on ABC’s The Bachelorette who fell just short of the final rose but still ended up finding what he was looking for all along. He currently resides in Nashville, TN with former Bachelorette Kaitlyn Bristowe and their rescued Golden Retrievers, Ramen Noodle and Pinot. Available for virtual programming.