Ben O’Keefe is a social change activist, political commentator, and Head of Diversity & Impact Production at Creator+, a film studio and streaming platform for digital-first storytellers.

His work finds him at the intersection of entertainment and politics having worked with organizations, brands, politicians, celebrities, and show-runners to build campaigns, content, and strategies that change hearts and minds.

At 26 years old, O’Keefe is considered a leading voice in progressive politics. He has been instrumental in mobilizing young people in the democratic process, including supporting the historic youth turnout in the 2020 presidential election.

As an activist, he became a prominent voice at the early age of 18 after starting a global movement against Abercrombie & Fitch’s size-based discrimination. He subsequently went on to work with major beauty and fashion brands to help grow the body-positivity movement as we know it. Netflix is currently developing a documentary around this work in which he is featured.

Ben is a respected voice in the #BlackLivesMatter movement and a leader in the LGBTQ+ community.

His podcast “Anti-Racism at Work” premiered on the Himalaya Network in January 2021.

Ben is also a sought-after public speaker, often speaking on diversity and anti-racism, social justice, and conversations on LGBTQ equality and masculinity.

His campaign work includes the #TakeDownTheFlag campaign to remove the Confederate Flag from the South Carolina Statehouse and from companies like Amazon and Wal-Mart, Alicia Keys’ ‘Vote Love’ campaign, and the viral campaign to save death row inmate Richard Glossip from execution.

He is an alum of MoveOn.org. He was the youngest employee in the organization’s history and eventually a senior leader responsible for helping transition the organization into its present-day iteration. He also worked for MTV News, where he served as head writer of “DECODED” a series on race and pop culture.

Recently he served as the Impact Producer for the film ALL IN: The Fight for Democracy from Amazon Studios, which features Stacey Abrams and her fight against voter suppression.

Ben serves on the Board of Directors for the Chicago Media Project, a multifaceted organization that provides support and funding to documentary films and filmmakers. He also serves on the board of the non-profit organization Project Heal.

Our Stories: A Voice for the Voiceless
Ignite Closing Plenary
BEN O’KEEFE - HOST AND COMMENTATOR REEL 2020 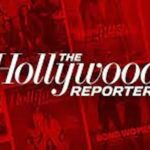 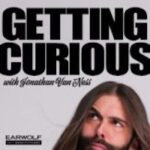 How Can Progressives Stick The 2020 Election Landing? with Political Strategist Ben O’Keefe

This election season is anything but routine, and this week, Jonathan is asking political strategist Ben O’Keefe to coach us through all the ways we can help flip seats, add balance to any check on our democracy, ... Read more 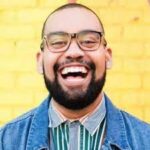 The fight for racial equality in the United States isn’t new and in this course, activist Ben O’Keefe explores the power you have to drive lasting human rights improvements and combat deeply-ingrained racism in the ... Read more

Jouelzy is celebrating the diversity of women of color through discussions on complex cultural and lifestyle topics. Intersecting history with pop culture, Jouelzy empowers #SmartBrownGirls to find the power in their voice and define their own success stories.