On more than 120 deep-sea expeditions, Robert Ballard has made many major natural discoveries, such as the deep-sea vents. Oh, and he found the Titanic.

Robert D. Ballard, Ph.D. – is Founder and President of the Ocean Exploration Trust; Professor of Oceanography at the University of Rhode Island Graduate School of Oceanography. He is an Explorer-At-Large at the National Geographic Society, Commissioner for the U.S. Commission on Ocean Policy, and a Research Scholar at the Woods Hole Oceanographic Institution. He served in the U.S. Navy for more than 30 years and continues to work with the Office of Naval Research. A pioneer in the development of deep-sea submersibles and remotely operated vehicle systems, he has taken part in more than 155 deep-sea expeditions. In 1985, he discovered the RMS Titanic, and has succeeded in tracking down numerous other significant shipwrecks, including the German battleship Bismarck, the lost fleet of Guadalcanal, the U.S. aircraft carrier Yorktown, and John F. Kennedy’s boat, PT-109. He has also discovered hydrothermal vents and “black smokers” in the Galapagos Rift and East Pacific Rise in 1977 and 1979. The author of numerous books, scientific papers, and articles, he has been featured in several National Geographic television programs, including “Secrets of the Titanic” a five-part mini-series, “Alien Deep with Bob Ballard.” and, in 2019, “Expedition Amelia.”  He was a special advisor to Steve Spielberg on the futuristic television show seaQuest DSV.  His honors include 22 Honorary Doctorates, National Geographic’s highest award, the Hubbard Medal, and a National Endowment for the Humanities Medal. He was elected a Fellow of the American Academy of Arts and Sciences in 2014. Dr. Ballard’s autobiography, INTO THE DEEP, will be released Father’s Day 2021 and National Geographic television special, “Bob Ballard: An Explorer’s Life” will air June 14.

TED-Ed | Exploring the Oceans
MIc'd Up | Part 1: A Conversation with Robert Ballard

Into the Deep: A Memoir From the Man Who Found Titanic

The Discovery of the Bismarck: Germany's Greatest Battleship Surrenders Her Secrets

Exploring the Titanic: How the Greatest Ship Ever Lost Was Found

The Discovery Of The Titanic: Exploring The Greatest Of All Lost Ships

The audience wished he could have gone on all day. He was the best speaker we had all season!

Robert Ballard was an absolute "Home Run"!!!! Everyone loved him. He was the talk of the weekend. 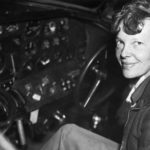 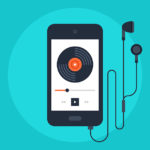 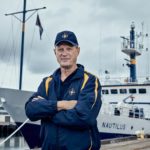 Oceanographer Robert Ballard stunned the world when he discovered the Titanic. But, not many people know that his discovery came about while he was on a highly-classified U.S. government Cold War mission. In his ... Read more

Mike Massimino, a former NASA astronaut, is a professor of mechanical engineering at Columbia University and the senior advisor for space programs at the Intrepid Sea, Air & Space Museum. Now available for Virtual Programming.

Jane Goodall, dubbed by her biographer "the woman who redefined man," has changed our perceptions of primates, people, and the connection between the two. Over the past 45 years, Goodall herself has also evolved — from steadfast scientist to passionate conservationist and humanitarian.