Now, as a New York Times bestselling author, keynote speaker, world-renowned interviewer, and host of the Big Questions podcast, Fussman travels the world teaching the world’s largest companies, universities, and associations about leadership, storytelling, innovation, teamwork, and more. When Cal speaks, you’re listening to everyone he’s ever interviewed. Lessons and stories from hundreds of world icons, all coming through one man.

Over the past several years, Cal has delivered keynotes for industry-leading organizations including General Motors, Facebook, Pixar, Twitter, The Vanguard Group, Apple Music, Snapchat, Samsung, Turner Broadcasting, Vans, Lululemon, YPO, and Entrepreneur’s Organization; universities like UCLA and Georgetown; and at conferences as far as South Africa and Kenya. After Cal spoke at Facebook, Chris Sanders in Global Marketing Solutions said: “We literally have people using the term, ‘Cal Question.’ He has become a part of our culture.”

Born in Brooklyn, Fussman spent ten straight years traveling the world, swimming over 18-foot tiger sharks, rolling around with mountain gorillas in Rwanda, and searching for gold in the Amazon. He boxed against then-undefeated world champion Julio Cesar Chavez, won a James Beard award and served as sommelier atop of the World Trade Center.

He now lives with his wife—whom he met while on his quest to discover the world’s most beautiful beach—and his three children in Los Angeles, where he spends every morning eating breakfast with Larry King.

Esquire What I've Learned: The Meaning of Life According to 65 Artists, Athletes, Leaders & Legends

Double or Nothing: How Two Friends Risked It All to Buy One of Las Vegas' Legendary Casinos

Cal was amazing! His stories helped our team think about how we talk to our clients in an entirely new way.

Cal taught us to connect layers beyond a casual encounter through conversation. He's the best of the best at interviewing and storytelling.

The Ancient Greeks may have had Homer, but they’d be jealous to know that we have Cal Fussman. He is the perfect speaker for this generation. 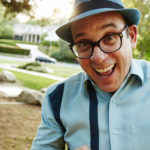 If You Want a Better Answer, Ask a Better Question

As a New York Times bestselling author and the literary genius behind Esquire magazine’s “What I’ve Learned” column, Cal Fussman has learned a thing or two about the power of asking good questions. Good ... Read more 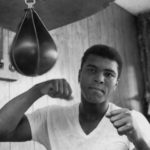 Cal Fussman, Esquire’s writer-at-large, has interviewed some of the most influential figures of our time: Mikhail Gorbachev, Joe Biden, Barbara Walters, Joe Frazier,  and even Donald Trump. But one of his most ... Read more