Her work has appeared in The New York Times, The BreakBeat Poets: LatiNext, Nepantla: An Anthology for Queer Poets of Color, ESPNW and elsewhere. A former Women of the World Poetry Slam Champion, she’s featured on hundreds of stages from The White House to The Apollo, and co-organized #PoetsforPuertoRico. She lives in Philadelphia.

Reading, Writing, and Rising Up: Teaching About Social Justice and the Power of the Written Word

Denice Frohman is an absolute vision to behold. Presenting her at the Skirball Cultural Center as a part of our spoken word show, March Forth! A Spoken Word Celebration of Female Empowerment, was an true pleasure. From her professionalism to the way she brought the house down with a combination of swag, grace, and inspiring confidence – I was so proud to have her on our stage.

I'm still hearing wonderful feedback about the event and the campus is still buzzing. I've been contacted by several members of our community, thanking me for having Denice and asking me for more events like this one. This was truly a success! 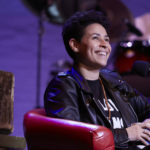 Denice Frohman on NPR’s Code Switch at The Apollo 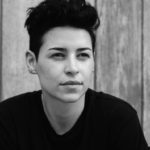 Denice Frohman, a spoken word poet, wowed audiences at the “Women of the World Poetry Slam” in Minneapolis earlier this year with her piece “Dear Straight People.” A video of the incredible performance, which has ... Read more

Veteran Laila Ireland courageously came out as a transgender service member by sharing her story in the Emmy-nominated short film "Transgender, at War and in Love." Today, Laila advocates for LGBTQIA equity by speaking across the country and establishing safe spaces for this critical conversation.

Skyler is a vivacious transgender activist. He has worked within, and outside of the LGBTQIA+ community for more than a decade to increase visibility, growth, and opportunity for the Transgender community.