Eric Schurenberg is the CEO of Mansueto Ventures, publisher of Fast Company and Inc. Prior to his current role, he was president and editor-in- chief of Inc., during which the title’s revenues grew by 23 percent and operating profits tripled. The publication won numerous journalism awards with Eric as editor-in- chief, including a National Magazine Award for general excellence. Before joining Inc., Eric was the founding editor of CBS MoneyWatch.com and editor-in- chief of BNET.com; the sites together won more than a dozen awards during his tenure. Before CBS, Eric was managing editor of Money Magazine, which won the Luce award for service journalism in each of the four years it was eligible. As a writer, he is a winner of a Loeb Award and a National Magazine Award. He has been a talking head on CNBC, MSNBC, CNN, Public Radio International, CBS This Morning, The Today Show and Good Morning America. 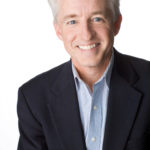 The only constant in a dynamic economy is change, and change is oxygen to entrepreneurs: It opens up cracks in the competitive landscape, and it’s in those cracks that new businesses take root. Everyone who ... Read more 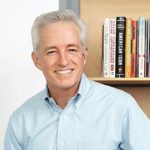 Sometimes in media-company management, a fresh approach to the organizational structure can unlock new opportunities. That’s what happened at Mansueto Ventures, when CEO Eric Schurenberg took over and began to ... Read more

Tripp’s desire is threefold: to give people a few things to think about as they re-enter the more mundane aspects of their jobs, to offer a few practical tools they can use in their daily lives to gain creative inspiration, and to give them a few good laughs while they are likely sitting through other more serious (probably more boring) presentations.

Eva Saha is a professional host, emcee, and moderator. Her natural, warm, and commanding presence, both on and off-camera, has made her the host of choice for a variety of live events.

Gain invaluable insight into driving business growth as this premiere customer experience expert reveals how to develop and implement tactics for effectively interacting with and improving the lives of your customers. Virtual Programs Now Available

Ari Melber is an Emmy Award-winning journalist, news anchor, writer and attorney. He anchors The Beat with Ari Melber on MSNBC, which draws the largest audience for any 6pm show in MSNBC’s history, and serves as the network’s Chief Legal Correspondent, reporting across all platforms, including MSNBC, NBC News, The Today Show and NBC Nightly News. Melber received a 2016 Emmy Award for his reporting on the Supreme Court.