Called a "Digital Dale Carnegie" and “the Tony Robbins of Tech,” Erik Qualman helps organizations understand the implications of social media on our daily lives– and how businesses can tap the power of social media to increase their sales, cut their marketing costs, and reach consumers directly.

#1 bestselling author and motivational speaker Erik Qualman has performed in 55 countries and reached 50 million people. He was voted the “2nd Most Likeable Author in the World” behind Harry Potter’s J.K. Rowling.

Qualman’s entertaining, educating, and empowering style is made possible by his revolutionary video storytelling capability. He is the chairman of Equalman Studios, which has done film and animation work for the likes of Disney, Cartier, IBM, and many other global brands. His business books are used in over 200 universities and have been translated into 8 languages. He has received an honorary doctorate for his groundbreaking work.

Qualman was formerly a sitting professor at Harvard University and the Massachusetts Institute of Technology’s edX labs. New York University’s Stern School of Business signified Qualman is to digital leadership what Deming is to quality and Drucker is to management.

The Focus Project: The Not So Simple Art of Doing Less

Socialnomics: How Social Media Transforms the Way We Live and Do Business

Qualman tailored his thoughts & ideas to our industry with thought-provoking and clear views, outstanding delivery – we are thrilled to work with Erik in the future.

Qualman brought us up-to-the-minute knowledge of digital trends in an entertaining and inspirational way. He also helped us see the relevance of those trends to our current and future business.

I have been planning meetings and conventions for over 20 years and Erik is by far one of my favorite speakers.

Equalman’s presentation was the most important business presentation — in terms of immediate impact in how I approach my job in sales — that I have sat through in 10 years! 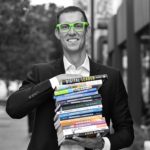 What's the Future of Digital?

If you want to understand digital trends, it pays to check in with Erik Qualman, author of Digital Leader: 5 Simple Keys to Success and Influence and the founder of the Socialnomics blog. Here are four insights he ... Read more 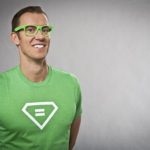 Change expert, Bree Groff, has helped teams and companies embrace change in all its aspects for over a decade. Bring her into your organization today to inform, enlighten, and inspire employees to face change with enthusiasm and purpose.

Described as endlessly optimistic, Nancy is a strategic futurist, global keynote speaker, corporate strategist and summit designer with a drive to help enterprise organizations and visionary leaders transform to meet the escalating expectations ahead.

Claire Haidar is a tech entrepreneur and speaker fascinated by the intersection between systems and human behavior. She believes that if people are going to spend 90% of their time at work, it should be the place where their souls, hearts and minds come alive.

Gerd Leonhard is a top future trends speaker and a widely-known and top-rated futurist, with over 1500 engagements in 50+ countries since 2004 and a combined audience of over 1 million people. Gerd focusses on near-future, ‘nowist’ observations and actionable foresight in the sectors of humanity, society, business and commerce, media, technology, and communications.