J.R. Martinez is an Army veteran, burn survivor, actor, motivational speaker, New York Times best-selling author, and Dancing with the Stars season 13 winner. J.R. travels the world spreading his message of resilience and optimism and does it all with a smile.

J.R. Martinez is an actor, bestselling author, motivational speaker, advocate, and wounded U.S. Army veteran. He is many things. But perhaps most significantly, he is an inspiration.

J.R.’s career path has been incredible, and perhaps even a bit improbable. Once a high school football player from a small town in Georgia, the only son of a single working mother who emigrated from El Salvador, J.R.’s trajectory is nothing if not surprising. Even to him.

Jose Rene Martinez was born June 14, 1983, in Shreveport, Louisiana to Maria Zavala. His two sisters, Consuelo and Anabel, were raised in El Salvador with his mother’s family. He never met Anabel, who died as a young child. At nine years old, J.R. moved with his mother to Hope, Arkansas, where he lived until he was 18. He then moved to Dalton, Georgia, a place he proudly calls his hometown. J.R. always loved playing football and had aspirations of making it to the NFL.

After high school, he joined the army. J.R. was proud to serve, as a way to give something back to a country that had already given so much to him and to his family. In September of 2002, J.R. underwent Basic and Advanced Training at Fort Benning, Georgia, where he gained skills as an 11-B Infantryman. After reporting to Fort Campbell, Kentucky, in January of 2003, he was assigned to the 2nd Battalion, 502nd Infantry Regiment of the 101st Airborne Division.

In March of 2003, J.R. was deployed to Iraq. On April 5, he was driving a Humvee in Karbala when his left front tire hit a roadside bomb. The three other soldiers were ejected from the burning vehicle, but J.R. was trapped inside. He suffered smoke inhalation and severe burns to 34 percent of his body. J.R. claims that while he was fighting for his life and awaiting medical help, his sister, Anabel, appeared to him giving him the strength to live.

J.R. was evacuated to a local medic station in Iraq and then on to Landstuhl, Germany, for immediate care. He spent 34 months in recovery at Brooke Army Medical Center (BAMC/SAMC) in San Antonio, Texas. He has undergone 34 different surgeries, including skin grafts and cosmetic surgery, in the years since his injury.

During his recovery, a nurse asked him to speak to a burn patient, who had just seen his body for the first time and had become withdrawn. After a brief visit, J.R. realized that he had a positive impact on this patient and decided to use his own experiences to help others. He continued to visit patients every day, sharing his story and listening to theirs. He learned that inspiration is often a two-way street.

Martinez has since become a highly sought-after motivational speaker. He travels the world spreading his message of resilience and optimism. He devotes himself to showing others the

true value of making the most of every situation. He has spoken to troops at various bases around the world, as well as to such groups as the Clinton Global Initiative, the Red Cross, and dozens of universities, non-profits, and Fortune 500 companies. His story is unique, but his message is universal: your path in life is decided by your own ability to adapt and overcome.

Many also know J.R. as “Brot Monroe”, a combat veteran who was injured in Iraq and returned home to face the new challenges of reintegrating to civilian life, on the Emmy Award-winning daytime drama, All My Children. In 2008, J.R.’s friend noticed an open casting call from the show, looking for a veteran to join their famed cast, and encouraged J.R. to try out. After several meetings with producers, he was cast, and an actor was born. Due to his runaway popularity, which began as a three-month story arc developed into a three-year role.

After All My Children ran its final season, J.R. went on to surprise and inspire a nation on ABC’s Dancing with the Stars. Along with partner Karina Smirnoff, he won the coveted mirrorball trophy, and they were named Season 13 champions.

Martinez has been featured on many shows, such as Oprah, 60 Minutes, Ellen, The View, The Tonight Show, Good Morning America, CBS Nightly News, and on CNN, Fox, HLN, and Univision. He narrated the CNN documentary series, In America: Vets Wanted? In 2013 he also guest-hosted on The View. He hosted the J.R. Martinez Show on KFI AM 640 in Los Angeles, one of the most popular talk radio stations in the country. He’s also been featured in the Los Angeles Times, Washington Post, The New York Times, and US Veterans Magazine, and was featured on the cover of People Magazine in their annual “Sexiest Man Alive” issue. He was also named one of People’s “Most Intriguing People” of 2011.

J.R. Martinez is the author of the New York Times bestselling book, Full of Heart: My Story of Survival, Strength, and Spirit, a memoir about how he was able to take his personal tragedy and turn it into an inspiration for others. He’s also very passionate about dedicating his time to non-profits; he serves as a spokesperson for Operation Finally Home, as well as for the Phoenix Society for Burn Survivors, Glasswing International, Free the Children, the Viscardi Center, and Iraq and Afghanistan Veterans of America (IAVA.)

When J.R. does have leisure time, he likes to spend it with his family, friends, and his black lab, Romeo.

Full of Heart: My Story of Survival, Strength, and Spirit

I have known J.R. Martinez since 2007, and I have to say that I have met very few people who have not only recovered but have become hugely inspirational. The truth is J.R. should not have survived, but because of this miracle he is on a mission. Now he is driving down that road with amazing speed.

J.R. was a breath of fresh air to our campus. The students were left motivated, inspired and truly touched. After receiving a rousing standing ovation, J.R. was kind enough to take time out to speak to students individually. If you are looking for a speaker with the ability to motivate, captivate and invigorate your campus, look no further than J.R. Martinez.

The effect you had on the audience was tremendous! It was the dose of reality they needed to put their work, lives and even their family in the right perspective. You vastly exceeded all of our expectations. 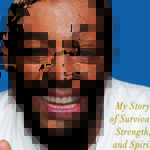 J.R. Martinez wants to inspire through his memoir, “Full of Heart”

It’s been almost a decade since J.R. Martinez’ humvee hit a mine in Iraq, resulting in severe injuries and burns on his face and more than one-third of his body. Few of us have done in a lifetime what he has done.

Victoria Arlen shares her courageous and miraculous story of recovery after falling into a mysterious vegetative state at age eleven and how she broke free, overcoming the odds and never giving up hope, eventually living a full and inspiring life.

John inspires 50,000+ people at 100+ events each year. He speaks to companies and organizations across industries, such as: sales, healthcare, business, safety, marketing, financial services, faith, education and insurance.