An award-winning journalist, bestselling author, television host, and motivational speaker, Joan Lunden has been a trusted voice in American homes for more than 40 years. For nearly two decades, Lunden greeted viewers each morning on Good Morning America making her the longest running female host ever on early morning television.

Lunden continues to be one of America’s most recognized and trusted personalities which has made her a sought-after speaker for events across the country. As an ardent health & senior advocate, Lunden has testified before the Food and Drug Administration advocating mandatory mammogram reporting and the Congressional House Ways and Means Committee advocating for the Family and Medical Leave Act.

Lunden is the host of the Washington Post Podcast series, Caring for Tomorrow on the future of healthcare. She also hosts the PBS television series, Second Opinion with Joan Lunden, premiering January 2021. Additionally, Lunden has become the ambassador to the Poynter Institute’s MediaWise for Seniors program which educates individuals over 50 on media literacy – separating fact from fiction online.

As a part of the sandwich generation, Lunden’s demographic is far-reaching. She is a mother of 7 including two sets of teenage twins. Like many Boomers in America she has juggled being a working mom while caring for an aging parent, and brings this experience to her role as the spokesperson for the nation’s leading senior referral service, A Place for Mom, a company helping caregivers and families find the right care and resources for their loved ones.

Lunden also encourages Americans to ensure that they have adequate medical insurance coverage to protect their health and wellbeing as spokesperson for the Assurance Medicare Advantage program.

One of the most visible women in America, Lunden has graced the covers of more than 60 magazines and book covers. Lunden’s newest book, Why Did I Come into This Room: A Candid Conversation About Aging quickly became a New York Times Best Seller.

In June of 2014, Lunden was diagnosed with triple negative breast cancer. An eternal optimist, she turned her diagnosis into an opportunity to become an advocate and help others. She chronicled her experience in her memoir Had I Known. Lunden continues to interact with American’s daily on her website, Joanlunden.com as well as her social media platforms.

Joan Lunden’s books include Why Did I Come into This Room: A Candid Conversation About Aging; Had I Known; Chicken Soup for the Soul: Family Caregiving; Growing Up Healthy: Protecting Your Child From Diseases Now Through Adulthood; Wake-Up Calls; A Bend in the Road is Not the End of the Road; Joan Lunden’s Healthy Living; Joan Lunden’s Healthy Cooking; Mother’s Minutes; Your Newborn Baby; and Good Morning, I’m Joan Lunden.

Why Did I Come Into This Room?: A Candid Conversation About Aging

Had I Known: A Memoir of Survival

Joan was wonderful—I wish she could hear all of the positive feedback. Richmond women love Joan Lunden!!

Joan “hit it out of the park!” We absolutely loved her and appreciated the work she did in preparing her remarks. It really resonated with our attendees.

I wanted to tell you how WONDERFUL Joan's speech was yesterday! I am continuing to hear rave reviews from throughout our community, from healthcare professionals, cancer survivors, those currently in treatment and interested community members. She completely exceeded my expectations (which were really high!) I particularly enjoyed hearing about her 10 principles for happiness and all of the stories about her career trajectory as well as tips for working moms and work/life balance - very motivating for me as a working mom with a 5 and 7-year-old. There were actually more men there than we expected and they thoroughly enjoyed it as much as the women! 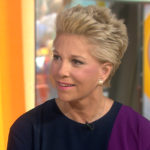 Joan Lunden: 10 things I wish I knew before I was diagnosed with breast cancer

Special correspondent Joan Lunden was diagnosed with breast cancer in June 2014. Today, she is cancer-free and has become an advocate for other women facing breast cancer. Here, she shares what she learned after she ... Read more 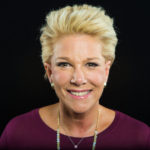 Joan Lunden’s award-winning journalism career was based on asking important questions and gathering critical information. So the former Good Morning America host admits that she was taken by surprise when her own ... Read more

As the lead anchor for BBC World News America, Katty Kay brings a fresh perspective to the reporting of American politics and global affairs. Katty’s insights reflect a global mindset that is a natural offshoot of having grown up in the Middle East and worked as a journalist in Europe, Africa, and Asia.