Voted to Forbes’ 30 Under 30 and Ebony’s Power 100 lists – John Henry is a Dominican-American entrepreneur and investor. Henry started his first business at 18, an on-demand dry cleaning service for the Film and TV industry in New York City, with clients such as The Wolf of Wall Street, Boardwalk Empire, Power, and more. Henry led the company through its acquisition in 2014 — founding and selling his first business by the age of 21.

He now serves as a Partner at Harlem Capital, a diversity-focused early stage venture capital firm on a mission to change the face of entrepreneurship. Henry is also the host of VICELAND’s latest show, HUSTLE, which is Executive Produced by Alicia Keys and focused on helping scrappy entrepreneurs grow their business to the next level.

John’s amazing! Thanks for working with us on this!

John did an outstanding job. His judging insights, comments and feedback to the students were tremendous and they got a lot out of it. In regards to the keynote, I heard nothing but rave reviews from the audience and students. Thank you for helping this year and working to ensure that our event was a success!

We would like to fully extend our gratitude and appreciate your contributions as a speaker. Your amazing entrepreneurial journey, candid conversation, and the invaluable insights shared during your session served to inspire legions of entrepreneurs to pursue their business ventures with passion, tenacity and excellence. Judging from the continues flow of phone calls, emails, texts and social media from attendees, your appearance will change countless lives. Once again, thank you for your role in making the event a smash success. 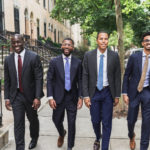 30 Under 30 2019 Social Entrepreneurs: Leveraging Business Smarts To Save The World

For some, joining the family business means having to put on a suit and join their dad in a stodgy office. For fourth-generation beekeeper Leigh-Kathryn Bonner, 25, it meant pitching her parents on her startup Bee ... Read more 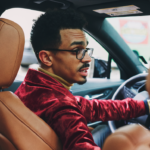 John Henry is a hustler. The entrepreneur has been in hustle mode since he founded and sold his first company in 2014, and launched Harlem Capital, a diversity-focused investment firm, where he currently serves as a ... Read more 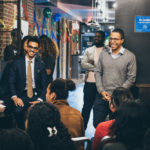 The Firm That's Challenging the Unbearable Whiteness of Venture Capital

Before becoming a student at Harvard Business School, Henri Pierre-Jacques had worked at ICV Partners, one of the few black-owned private equity firms in the country. In 2018, as recruiters descended on campus, ... Read more

Krister Ungerböck is a leadership language expert, former global tech CEO and author. His work has appeared in Forbes, Entrepreneur, Inc., HR.com, and Chief Executive. Prior to retiring from corporate life at age 42, Krister was CEO of one of the largest family-owned software companies in the world.

Slava Rubin is an entrepreneur and innovator in the fintech space for nearly 20 years. Slava built an alternative investment platform (Vincent), a venture fund (humbition, an equity and perks crowdfunding platform (Indiegogo) and an angel investment portfolio with multiple unicorns.