If you dream of inspiring cult-like brand loyalty—the kind that involves mile-long queues and even permanent tattoos—Johnny Cupcakes is for you. The founder of the world-renowned tee-shirt brand Johnny Cupcakes, Johnny’s known for helping other people create blueprints for building brand loyalty, creating memorable experiences, and inspiring innovation.

With global store openings, thousands of customers with his logo tattooed on themselves, people who camp out for his products, and high-profile collaborations with giants such as The Simpsons, Power Rangers, and Nickelodeon, Johnny was named America’s #1 Young Entrepreneur by Business Week, Top Innovator in Retail by The Boston Globe, and featured in INC magazine as the CEO of one of the world’s fastest growing independent businesses.

Despite being in one of the most difficult product categories to stand-out in, and a founder of a brand when he was just 19 years old, Johnny’s solution to his business challenges was to create such a unique brand experience that his customers would loyally line-up around the block, time and time again, just to be able to sport his logo on their clothing.

Since then, through his talks and creative consulting, Johnny has shared his strategies with clients that include Apple, L’Oreal, Disney, IBM, Audi, Harvard University, Wieden+Kennedy, Marriott, and P&G.

Also a TEDx speaker, Johnny has been featured in media such as MTV, NPR, Forbes, WIRED, Newsweek, and as a case study in several branding and business books.

When Johnny Cupcakes spoke at Inc’s GROWCO conference, I didn’t know what to expect, but our people assured me he was a good speaker. That turned out to be a drastic understatement. Putting him on the agenda was one of the best decisions!

Johnny’s stories were entertaining and demonstrated his creativity and sense of fun. The audience was glued to their seats! We received a high amount of compliments about his presentation and style! Johnny Cupcakes has an amazing story, well worth hearing!

Johnny Cupcakes inspired me to have more fun with my company! 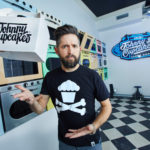 Johnny Earle, founder of Johnny Cupcakes, describes how his aptitude for entrepreneurship and pranks helped him create a unique brand that people love. 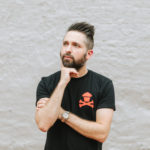 A Tale of Cupcake Kismet. Are You Fans of Your Fans Like Johnny Cupcakes?

Johnny Earle was one of five keynote speakers at the High Five Conference. The founder of the iconic T-shirt brand Johnny Cupcakes started his business out of the trunk of his Toyota at age 19.  He’s been ... Read more 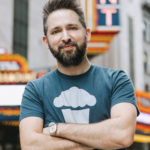 What It Takes to Build and Sustain a Booming Personal Brand

Self-made entrepreneur and prankster, Johnny Earle, joins us on Overtime to chat about the making of the widely popular Johnny Cupcakes brand. Johnny takes us way back and explains how it all got started—from what ... Read more

Have you had to adjust your customer service protocols stemming from the stressful era of COVID?   Maybe a (seemingly) grown adult threw a fit, demanding to speak to upper management because their ... Read more

Andrew Davis is a bestselling author & keynote speaker. He's built and sold a digital marketing agency, produced for NBC and worked for The Muppets. Today, Andrew Davis teaches business leaders how to grow their businesses, transform their cities, and leave their legacy.