Radha is a community force. She is an award winning social entrepreneur, advisor and investor and started two different global movements in two different industries, building one of her companies to over 150 million dollars and Daybreaker, the early morning dance community to over 500,000 community members in 30 cities around the world.

She wrote the best-selling book BELONG: FIND YOUR PEOPLE CREATE COMMUNITY AND LIVE A MORE CONNECTED LIFE, and just went on a 9-stadium tour with Oprah for three months earlier this year with over 135,000 people in attendance. MTV named her as one of eight women who will change the world.

While she architects communities and speaks all around the world, her most coveted title is mother to her 16 month old Solei. She, her partner Eli and daughter Solei live in Brooklyn, New York.

Just as Radha has done with Daybreaker, she brought our community together despite physical distancing. Her message was relevant and uplifting at a critical time, and her virtual delivery was high-energy and professionally produced.

Radha is a force of nature. Her talks are energetic, inspiring, generative and I can’t wait to hear her speak again at our next CEO Summit! 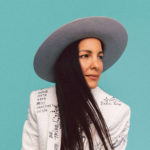 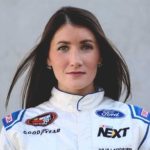 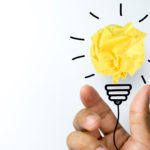 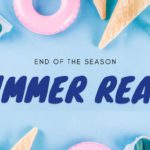 Extend Your Summer ? With These Trending Books ?

The season of beach days and barbecues is coming to end but that doesn’t mean your summer reading list has to. Extend your summer with these trending books while inspiring ideas for future programming. Seven ... Read more 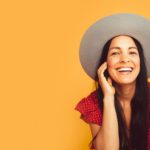 Meet the Co-Founder of THINX & Daybreaker

How is it that the internet connects us to a world of people, yet so many of us feel more isolated than ever? As the Co-Founder of THINX and Daybreaker, Radha Agrawal, shares why building community is the secret to ... Read more

Danny Meyer is the CEO of Union Square Hospitality Group and the founder of Shake Shack. Danny, his restaurants and chefs have earned an unprecedented 28 James Beard Awards, and in 2015, Danny was named to the TIME 100 list of the Most Influential People in the World. Now Available for Virtual Programs

Mel Robbins has spent the past decade coaching, elevating, and motivating millions of people around the world. Her practical, no-nonsense advice, and life strategies provide tangible results and skills to push through the everyday challenges we all face.
Virtual Programs Now Available

Founder of The Corcoran Group & Shark on ABC’s "Shark Tank"

Entrepreneurs, business managers and salespeople alike benefit from lessons on how to get people moving on the path to greatness. Barbara is an expert in the art of leading a team to success and how to build a successful business. Virtual Programs Now Available

Head of Creative at SoulPancake

Agapi Stassinopoulos is a best-selling author and speaker who inspires audiences around the world. She brings home the importance of self-care, practicing gratitude, generosity, and self-love to enhance performance and productivity so we can experience happiness and fulfillment.

Liz Forkin Bohannon is the founder of Sseko Designs and the author the book Beginner’s Pluck: Build your life of purpose, passion, and impact now. Sseko Designs is an ethical fashion brand that works to educate and empower women. By providing employment and educational opportunities, Sseko enables women to continue their education and become leaders in their country.

Bruce Feiler is an American writer and television personality. He is the author of 15 books, including six consecutive New York Times nonfiction bestsellers. Bruce's latest book, LIFE IS IN THE TRANSITIONS, was released on July 14th.
Now Available for Virtual Programming

Co-founder and Exec Chair of Informed & Board Member of SoFi, Smartsheet, Zuora

Jordyn discusses her journey and elevates messages of body positivity, empowerment, and how she remains authentic in the media spotlight.
Now Available for Virtual Programming

Jason Tartick is a former suitor on ABC’s The Bachelorette who fell just short of the final rose but still ended up finding what he was looking for all along. He currently resides in Nashville, TN with former Bachelorette Kaitlyn Bristowe and their rescued Golden Retrievers, Ramen Noodle and Pinot. Available for virtual programming.

Shawn Ellis has been inspiring readers and audiences for over 15 years, sharing ideas and principles to cultivate resilience and thrive in the face of uncertainty, adversity, and change.

Brant Menswar was recently selected as one of the country’s “Top 10 Motivational Speakers,” a critically acclaimed author, award-winning musician, podcast host, and the CEO and founder of Rock Star Impact, a boutique agency that teaches people and organizations how to cultivate values-based leadership

The nutshell: Dese'Rae is an artist, mom, suicidologist, and advocate/activist (which of the latter depends on how angry she is). Available for Virtual Programming

Ivan is an established Professional Speaker with over 10+ years of experience, and has spoken to 750+ audiences. He holds a PhD in Sports Psychology, and was named the NAIA Coach of the Year.