Robert Herjavec is one of North America’s most recognizable business leaders. Born in Eastern Europe, he arrived to North America on a boat with his parents after escaping Communism in the former Yugoslavia. From delivering newspapers, and waiting tables, to launching a computer company from his basement, his drive to achieve has led him to the fulfillment of a better life for himself and his family.

His inspiring books all appeared on bestsellers’ lists:

Robert’s motivational business advice has received millions of impressions through TV, print, radio and digital media. He shares his expertise with other entrepreneurs each week as a leading Shark on ABC’s Emmy Award-winning hit show, Shark Tank. Robert placed 6th with partner Kym Johnson, when he competed for the mirror ball trophy in season 20, of the popular show, Dancing with the Stars.

For a number of years, Robert competed as Ferrari #007 for Herjavec Group Racing in the Ferrari Challenge North America Series, achieving multiple podiums and winning Rookie of The Year in 2011. To Robert, running a business is a lot like one of his greatest passions, racing cars. He believes, “You have to stay laser-focused when driving a car over 200 miles an hour, and the same approach is required when growing a business in today’s world of rapidly changing technology.”

The Will To Win

You Don't Have to Be a Shark: Creating Your Own Success

Driven: How to Succeed in Business and in Life

I loved how relatable and personable Robert was! Robert had great insights for entrepreneurs and I loved hearing the inside scoop on Shark Tank.

The FAST team was thrilled with Robert's presentation at our annual kick-off. He spoke about adapting to change in our industry where the only thing constant is change. A truly motivating and passionate speaker.

In my 30 years with the association I have never received the response I am getting today concerning Robert’s speech last evening. It is by far the most well-received presentation in our history. Mr. Herjavec connected with the audience in a way that was “magical” He personal story is powerful and inspiring and his delivery authentic and heartfelt. BRAVO! 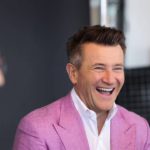 “Shark Tank” star Robert Herjavec still remembers his first big splurge after becoming rich. It was shortly after he sold his computer company BRAK Systems to AT&T Canada in 2000. Herjavec bought himself a $6 ... Read more 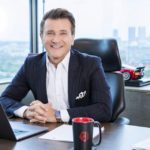 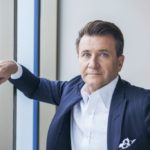 I worked behind the scenes on the first five seasons of Dragons’ Den (Canada’s Shark Tank), getting entrepreneurs ready to pitch their businesses to investors with a ravenous appetite for deals. During ... Read more

Founder of The Corcoran Group & Shark on ABC’s "Shark Tank"

Entrepreneurs, business managers and salespeople alike benefit from lessons on how to get people moving on the path to greatness. Barbara is an expert in the art of leading a team to success and how to build a successful business. Virtual Programs Now Available

Jay Leno is an American comedian, actor, writer, producer, and former late-night television host. After doing stand-up comedy for years, he became the host of NBC's The Tonight Show with Jay Leno. Currently, Jay hosts his own television show called Jay Leno's Garage, which explores our obsession with "All things automotive".