As the world seeks to recover from the paralyzing effects of the Coronavirus pandemic, Ron Insana has been connecting the dots to give his audience a clearer idea of what the economic future might look like. As a pioneering financial journalist, Ron has covered the most important economic stories of our lifetime over his nearly four decades on television. He even won an Emmy Award for his reporting about 9/11. Currently senior analyst and commentator with CNBC where he also served as anchor and correspondent since 1991, Ron also hosts The Market Score Board Report, a thrice-daily nationally syndicated radio program. As a financial journalist, Ron stands alone as someone who ran his own hedge fund – experience that makes his insights all the more valuable. He’s also written for Money magazine, USA Today, and authored four bestselling books on investing and reading the financial markets. In Ron’s speeches, he looks at how Wall Street, Main Street and Washington are intersecting – and translates the market signals and political maneuvers into actionable information everyone can understand and use to protect what they have and navigate an uncertain future.

Ron Insana was a trailblazer; among the first group of financial journalists who launched the Financial News Network (FNN) in 1984. When FNN merged with CNBC in 1991, Ron continued to cover the most important stories affecting the financial markets as an anchor and correspondent on CNBC and on other NBC news outlets. In the process, he became one of the most visible reporters broadcasting financial news.

During his broadcasting career, Ron has received numerous honors for his work. He was named one of the “Top 100 Business News Journalists of the 20th Century” and was nominated for a news and documentary Emmy Award for his role in NBC’s coverage of the 9/11 terrorist attack.

In addition to his work as a business journalist, Insana was the CEO of Insana Capital Partners, from 2006-2008, which, at its peak, managed the $125 million Insana Capital Partners Legends Fund. His hands-on experience in the financial industry through some of the markets’ most turbulent times –gives Ron an added depth of perspective that few financial journalists can match.

Ron Insana has authored four bestselling books: How to Make a Fortune from the Biggest Bailout in U.S. History (2009); Traders Tales: A Chronicle of Wall Street Myths, Legends, and Outright Lies (1996), Trend Watching: Don’t Be Fooled by the Next Investment Fad, Mania, or Bubble (2002), and The Message of the Markets (2000).

In addition to writing, contributing, and advising, Ron Insana is a highly-regarded speaker on domestic and global economics, financial markets, and economic policy issues. He is also currently senior adviser at Schroders Investment Management.

How to Make a Fortune from the Biggest Bailout in U.S. History: A Guide to the 7 Greatest Bargains from Main Street to WallStreet

TrendWatching: Don't Be Fooled by the Next Investment Fad, Mania, or Bubble 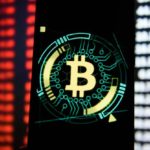 Ron Insana: Digitize the dollar faster and end the frenzy for fake money

To the Treasury Department and the Federal Reserve: Please formally digitize the dollar and put an end to all this crypto-craziness.This bitcoin BS and Libra lunacy should stop.We have a token that already is a ... Read more

A former director of economic policy at the White House, a managing director of the $15 billion Tiger hedge fund, and an award-winning economics teacher at Harvard, Buchholz targets his entertaining remarks to the cutting edge of economics, finance, and business strategy.

Ari Melber is an Emmy Award-winning journalist, news anchor, writer and attorney. He anchors The Beat with Ari Melber on MSNBC, which draws the largest audience for any 6pm show in MSNBC’s history, and serves as the network’s Chief Legal Correspondent, reporting across all platforms, including MSNBC, NBC News, The Today Show and NBC Nightly News. Melber received a 2016 Emmy Award for his reporting on the Supreme Court.